skip to main | skip to sidebar

It appears that all my computer time, writing for school and this blog, crocheting, bread dough kneading, etc., has led to my having carpal tunnel syndrome. A couple months ago, I was noticing that as I would write or knead bread dough, my right wrist would seem really weak and would hurt at times. I didn't think anything of it, as I thought it would go away. When I was in Indiana, however, I made a batch of my wheat bread, and after kneading it for 24 minutes!!(due to the weather and atmosphere, I suppose), I looked down and noticed that there was a bump on my hand, just above the left side of my wrist. I felt it and noticed it felt fleshy. Later that night however, it felt hard. I then knew something was up! I have since been doing research on the computer(I'm very thankful for Google, I must say! :)), and have come to the conclusion that I'm now suffering from carpal tunnel syndrome. I read that when someone has carpal tunnel, they always suffer from swollen soft tissue in the wrist or hand near the wrist. I also have most of the symptoms and there is also a history of carpal tunnel in my extended family. I didn't even know teens could suffer from carpal tunnel(I always thought adults were the only ones who got it), but discovered I was wrong when my dear friend Jasmine did a blog post about her CTS. I also read online that CTS can be caused by a previous wrist injury(such as a fracture) followed by a whole lot of activity with that hand. About 5 years ago while I was in Indiana, I was pushed down by the daughter of one of my mom's childhood friends, and this resulted in my falling on my right wrist. It hurt pretty badly, but I thought it was probably just a sprain or strain. It turns out that may have indeed been all it was, or it could have been a minor fracture. Either way, we're pretty sure I have CTS. We bought a wrist brace while in Indiana, but it's not one specifically for CTS, so we'll be purchasing a new one soon. In the mean time, I will be taking a break(about a week long unless I notify you otherwise) from the computer and my blog. This will be really hard for me to do, but it's important that I take care of my wrist at this time, to prevent it from getting worse(I don't fancy the idea of wrist surjury at all, but especially seeing as how I'm right handed!). Therefore, adieu for this week, dear readers!!
I'll miss you all greatly.
Posted by Miss Rebekah Ann S. at 12:24 PM 14 comments:

We arrived home safely yesterday evening from our wonderful, wonderful trip to Indiana to visit my great-grandparents. I've never had such a special time, nor such a fun one either! I didn't even want to leave to return home. I can't wait to post for you pics and commentary from the trip! I've missed you all terribly. I hope all is well with each of my dear readers.
Blessings,
Miss Rebekah
Posted by Miss Rebekah Ann S. at 10:44 AM 1 comment: 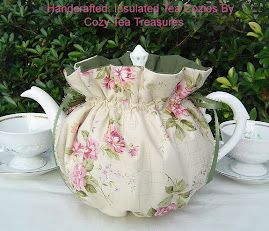 In recent years, there has been a lot in the news about the religion of Mormonism. What are your thoughts on Mormonism?

How often do you read the Bible? 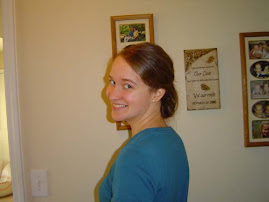 Between these two, who is your favorite author?

What is your favorite Jane Austen book/movie?

What do you think about the claims that feminism is linked to Marxism/socialism/communism?

What could be done to further improve "By His Grace and For His Glory"?

Do you believe religious freedom in America should apply to Islam?

Based upon a study of history, what is the true meaning of separation of church and state?

Where do you believe the phrase "separation between church and state" comes from? "Careful-only one of these answers is the correct one! :)

Do you believe good has come about as a result of feminism?

Based on the facts, what do you believe Obama is?

How do you feel about the possibility of there being a mosque built near Ground Zero?

What do you think about absolute truth?

What are your thoughts on Islam?

What would you like to see more of here on "By His Grace and For His Glory"?

How often do you visit "By His Grace and For His Glory"?

What are your views on politics? Followers-Become a regular reader of By His Grace and For His Glory today!

Help us fight this terrible bill!!

Apart from the love of Christ,

True femininity must be embraced, exalted and proclaimed once again! 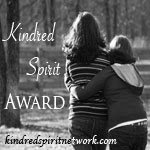 I'm so blessed to now be a part of the

Me and my Daddy Hi, everyone! I wanted you all to know that I love receiving your comments; I love hearing from my readers, so please keep the comments coming!

Even if you disagree with something that is posted here, I want you to know that I still want you to feel free to comment at any time-your comments are always welcomed and encouraged. I just ask that you present your opposing viewpoints in a respectful, kind, loving, Christ-like manner.

Also, I wanted to let you all know that my blog is sent to where whenever someone comments, I receive an e-mail notification. Therefore, if any of you had been afraid to comment on some older posts, in fear that I wouldn't see your comments, don't worry! :) Please feel free to comment on any posts that you want to.

Do you have any questions?

Hi, ladies! Are there any questions you would like to ask me? Perhaps regarding my testimony, my favorites (i.e. favorite song, movie, color, recipe), about my beliefs on Biblical womanhood, Biblical daughterhood, or Biblical femininity, etc.? Then please send them to me in interview form to living_for_my_Lords_glory@hotmail.com

You can leave them in a comment here. I'm looking forward to receiving all of your questions, ladies! When I receive your list of questions, I will asap list them on my blog along with my answers!

And yet more options for you to choose from regarding the devotionals! :)

Here are some more options for you to choose from for the poll below. (you can choose more than one!)

What topic(s) would you like to see my future devotionals be on? If you choose "other" please e-mail me with your answer!

Make your own Blinkie

"...women should adorn themselves in respectable apparel, with modesty and self-control, not with braided hair and gold or pearls or costly attire, but with what is proper for women who profess godliness—with good works."
~1 Timothy 2:9-10

Do not let your adornment be merely outward-arranging the hair, wearing gold, or putting on fine apparel-rather let it be the hidden person of the heart, with the incorruptible beauty of a gentle and quiet spirit, which is very precious in the sight of God.

"I want my daughters to be beautiful, accomplished, and good; to be admired, loved, and respected; to have a happy youth; to be well and wisely married and to lead useful, pleasant lives with as little care and sorrow to try them as God sees fit to send."

"All that is required for evil to prevail is for good men to do nothing." ~Edmund Burke

"Home is the grandest of all institutions." ~Charles Haddon Spurgeon

"Unaffected modesty is the sweetest charm of female excellence, the richest gem in the diadem of her honor." ~Webster's 1828 Dictionary

"You have but one life to live and it will soon pass, and only what you do for Jesus will last." ~Unknown

"Stay at home my heart and rest, homekeeping hearts are happiest."~ Longfellow

"There is nothing like staying at home for true comfort."~ Jane Austen

Do you have a prayer request or praise report? Then please feel free to e-mail them to me at:

New visitor to my blog? Welcome!! Please read this first:

I am now contributing at:

Miss Rebekah Ann S.
I am a daughter of the King of Kings and Lord of Lords. My name is Rebekah Ann, I'm 18, and I'm a sinner saved only by the grace of my Lord and Savior Jesus Christ. I belong to Christ's Church of Chattanooga(www.christschurchofchattanooga.com) and am daily richly blessed by it and my Lord who has sovereignly chosen to place me there. My goal is to "glorify God and enjoy Him forever".